Is Sufism a part of Islam?


Some friends wrote to me and accused Sufism of being heretical: because Sufi's used exotic methods like walking on fire or walking in ice in Siberia to awaken the light within or because Sufi Masters don't preach killing infidels and unveiled women.
Google search volume of the term Sufism includes comparisons between Sufism and Islam and some videos by ( I am sure) Saudi-funded Wahhabi evangelist on differences between Sufism and Islam.


A converted Muslim friend confessed to me that Sufi practices were too novel for him and smelled of local pagan influences and Prophet Muhammad probably never practiced breathing meditation and asked incredulously Is Sufism really a part of Islam? 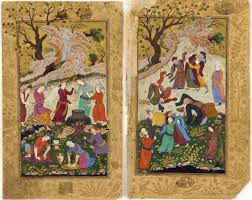 Yes.Sufism is a part of Islam, in fact, it's the hidden pearl within the shell.

The history of Sufism records that during the lifetime of the Prophet Mohammed, fifteen centuries ago, there was a group of pious individuals alongside him who seeked an inner understanding of the message.

From various hadiths and biographies of the Prophet, their presence and influence can be assessed( if you are a skeptic that is). It is from this group that all the schools of Sufism that have ever existed owe their origin, for by pursuing the path of unsullied inner knowledge they were the founders of Sufism and the binding link between its subsequent developments 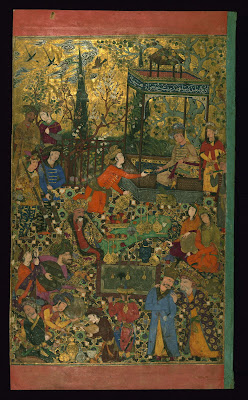 These individuals met on the platform, or suffe, of the mosque where Prophet Mohammed used to pray in Medina, Arabia. They would meet there almost everyday to discuss the ways to inner knowledge, the truths of revelation, and debate the meanings of the revelations of the prophet Muhammad. The platform of that mosque in Medina became the first gathering place of one of the most influential groups in the history of mankind's spiritual civilization. They were called Ahle suffe, the People of the Platform.

Among the most famous of these companions were: Salman Farsi, Ammar Yasser, Balla'al, and Abdullah Masoud; some historians have added Oveyse Gharani to this list as well. Avoiding proselytizing among the multitude, their gatherings were held in private, open only to true seekers of reality. Instead of preaching in public, these pious individuals were searchers for truth, not performers of rhetoric or seekers of the glory.

After the Prophet (PBUH) passed away, each of the people of suffe returned to his homeland to instruct students eager to follow the path of inner knowledge. History shows that within a century or two their style of self-understanding and discipline were introduced by their students to nations as diverse and widely separated as Persia, India, Indonesia, Syria, Egypt, Mesopotamia, and North Africa.
These individuals sought for the direct experience of the Divine.They were hungry.They were the seekers.These men recognized that Prophet Muhammad knew the mysteries of the heart.

Over the centuries, Sufism spread throughout the Islamic world and beyond, with most Sufis being strict followers of Islam, though some were persecuted by the Islamic orthodoxy.The conquest of Spain by the Muslim Moors meant Jews, Muslims and Christians were able to live there harmoniously until the fifteenth century, creating a culture of superb beauty and intelligence which lasted until the Jews and Muslims were banished to Byzantium, and which gave Sufism entrance into the rest of backward Europe. 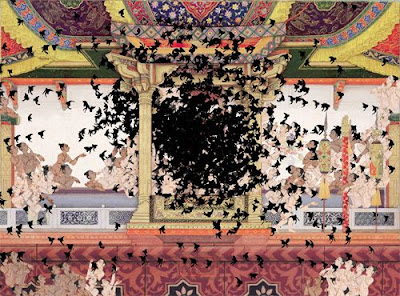 The late Hugh Schonfield, a noted Jewish scholar and author, says that by the third century CE Sufi schools were well established in the Middle East, particularly in Mosul, the heart of the old Assyrian kingdom. There the Sufis were joined by many Jewish refugees from Egypt fleeing Roman persecution.

The result was a chain of hybrid secret societies around the globe whose roots were buried deep in a freedom-loving soil compounded of Sufism, Magian wisdom and the Solomonic and Hermetic wisdom of the Egyptian Essenes all influenced sufi ideology.

Sufism was a grass root revival of esoteric doctrines which sometimes incorporated many elements from Christian monasticism to Jewish Kabbalah.

God doesn't write anywhere in Quran that you can only understand HIM through one way rather HE majestically says:
The East and the West both belong to me.But the paths and rituals of Sufism are not pagan in fact they have been handed down all the way from Abraham but to understand that you will have to open the forbidden books of Old Testament and ponder over some dusty texts rather than listen to the newest myopic sermon from a televangelist. 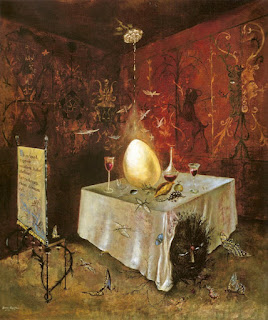 Hakim Jami, a twelfth-century Sufi master, recounts how translations of Plato, Hippocrates, Pythagoras, and Hermes lay on an unbroken line of Sufi transmission, thus making a causal connection between Sufism and the Greek Mystery schools of antiquity.

The Sufi philosophy was developed and promoted by medieval Muslim philosophers such as Ibn-Arabi , Averroës (known in the Islamic world as Ibn-i-Rushd), Avicenna and Farabi, who, for their Islamic Aristotelianism, were often referred to as the Oriental Peripatetics. This school of thought was greatly saturated with Plato and Aristotelian metaphysics. The Sufis created a vast body of a literary and poetic heritage.

Through this process of diffusion, different schools and orders of Sufism gradually emerged from the single original group of suffe at Medina. Their practices differ from one another in emphasis and doctrine, but all legitimate Sufi schools trace their ultimate origins back to the teachings of Prophet Muhammad and Islam.

As a Sufi, I don't consider it unislamic or heretic that Sufism was influenced by Greek Philosophy or Christian monasticism or even Kabbalah OR influenced all of these simultaneously.

There were Sufi's who tried to find God through numbers or inverse or by turning metal into Gold or by wandering into deserts seeking a sight of the beloved.

Some prayed by whirling and some by hydra breathing exercises.

Some stood naked in rivers reciting Quran and some traveled to heathen lands to preach God's message.

These were all sacred quests of man to understand the ultimate reality and it is up to Allah to accept their devotion and prayers.
Truth is, and Quran is quite clear on this: No one and It means no one including the Prophet (PBUH) could make windows in to the souls of men and judge their faith. Prophet refrained from it and advised rather admonished his followers never to make judgments.

But these modern day crusaders who know next to nothing abou the  history of Islam believe they are in direct communion with God and can excommunicate anyone from Islam because they are so righteous.

I am no arbitrator and nor should you be one.

The only Arbitrator is HIM.

Email ThisBlogThis!Share to TwitterShare to FacebookShare to Pinterest
Labels: history of sufism