All the ridicule being thrown Bushra Maneka( witch, magician, Melisandre) has made me realize how most Muslims remain unaware of female sufi mystics contribution to Sufism throughout Islamic history( full disclosure; I don't know her personally) The cliches thrown at Sufi women still sting me the same because they imply that its somehow transgressive for a woman to be a Sufi Pir and have male disciples or that women are incapable of spiritual enlightenment but nothing could be more historically inacuurate.

From the earliest days onward, women have played an important role in the development of Sufism, Though cultural manifestations have covered over some of the original purity of intention, the words of the Qur’an convey the equality of women and men before the eyes of God.


Sufism berates egotism because it corrupts a person’s spiritual state, which allows its followers to challenge the idea that males are superior. One of the defining principles of Sufism was that the value of a human lay in the state of the soul, not in the appearence.

The qualities which Sufism seeks to teach; surrender, egolessness, mercy, acceptance of pain ----women being victims of a patriarchal society are usually more receptive to a Sufic teachings.

“Piro! I will not accept the companionship of a lie
Those that are separated will never meet, just like a broken thread
Nor family, nor your in-laws, not your age-mates, neither your friends
They disperse as people do when they disembark from a boat.”

All religions belonged to men as far as Piro Preman was concerned. She wrote:

“Making false religions and promises,
You make Turks by snipping the penis and the moustache;
Hindus are made with janeyu and chat,
Women cannot be made thus, they are both wrong.”

— (Translations by Anshu Malhotra)
Throughout the ages, we find names of pious women who pursued the mystical
path, either independently or as consorts or mothers of Sufis.
Many of their names are noted in the hagiographical works, and the memory of many
saintly women is kept alive in small sanctuaries found in North Africa, Anatolia, and particularly in Muslim India.


Women have been more involved in the Sufi movement than any other area of Islam (“Women in Islamic Society”). This is because Sufism is quite open to women’s’ public performance of worship. There are famous female Sufis, whose involvement dates back as early as the 8th and early 9th century C.E.

In some Sufi circles, women and men participate in ceremonies together (Khalek). There are even orders of Sufism that are completely made up of women, with women teachers, called sheikhs (Khalek). They were religious teachers, counselors, and healers in Muslim society. Today, the Qubaysiyyat, located in Syria and Lebanon, is one of the most well-known and largest female orders in the Middle East.

This role of women is not astonishing since in the Islamic Middle Ages women participated in various aspects of social life.In the mystical life, women have played an important role to this day; even some successful leaders in the modern traditions have been women. 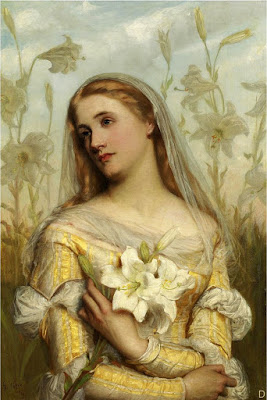 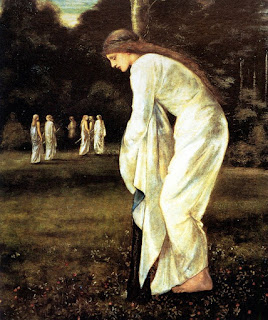 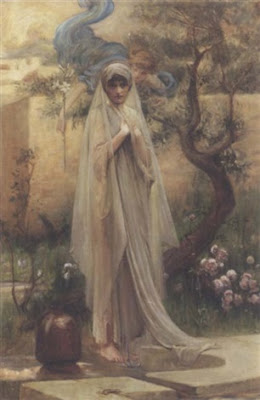 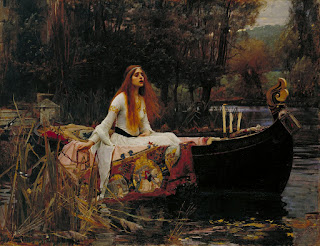 But they have been removed out of the historical narrative by the patriarchal “Wahhabi” stream, which inarguably positioned women as children makers with voices, bodies, hair, and existence the Devil likes to use to tempt men.

In the early years of this new revelation, Muhammad’s beloved wife, Khadija, filled a role of great importance. It was she who sustained, strengthened, and supported him against his own doubt and bewilderment. It was to Prophet Muhammad’s and Khadija’s daughter, Fatimah, to whom the deeper mystical understanding of Islam was first conveyed, and indeed she is often recognized as the first Muslim mystic. Her marriage with Ali bound this new manifestation of mysticism into this world, and the seeds of their union began to blossom. She was a keeper of occult mysteries and wrote a book called Book of Fatima.

As the mystical side of Islam developed, it was a woman, Rabi’a al-Adawiyya (717-801 A.D.), who first expressed the relationship with the divine in a language we have come to recognize as specifically Sufic by referring to God as the Beloved. As this story unfolds, we are discovering the lives and work of many Sufi sisters, they are hidden behind pages of history. Their stories are spread across the world and need to be documented. They are hidden in sufi books and poetry.

Ibn Arabi, the great “Pole of Knowledge” (1165-1240 A.D.), tells of time he spent with two elderly women mystics who had a profound influence on him: Shams of Marchena, one of the “sighing ones,” and Fatimah of Cordova. Of Fatimah, with whom he spent a great deal of time, he says:

“I served as a disciple one of the lovers of God, a gnostic, a lady of Seville called Fatimah bint Ibn al-Muthanna of Cordova. I served her for several years, she is over ninety-five years of age… She used to play on the tambourine and show great pleasure in it. When I spoke to her about it, she answered, ‘I take joy in Him Who has turned to me and made me one of His Friends (Saints), using me for His own purposes. Who am I that He should choose me among mankind?

He is jealous of me for, whenever I turn to something other than Him in heedlessness, He sends me some affliction concerning that thing.’… With my own hands, I built for her a hut of reeds as high as she, in which she lived until she died.

She used to say to me, ‘I am your spiritual mother and the light of your earthly mother.’ When my mother came to visit her, Fatimah said to her, ‘O light, this is my son and he is your father, so treat him filially and dislike him not.’

When Bayazid Bestami (d. 874), another well-known master, was asked who his master was, he said it was an old woman whom he had met in the desert. This woman had called him a vain tyrant and showed him why: by requiring a lion to carry a sack of flour, he was oppressing a creature God himself had left unburdened, and by wanting recognition for such miracles, he was showing his vanity. Her words gave him spiritual guidance for some time.

Another woman for whom Bestami had great regard was Fatimah Nishapuri (d. 838), of whom he said, “There was no station (on the Way) about which I told her that she had not already undergone.” Someone once asked the great Egyptian Sufi master Dho’n-Nun Mesri, “Who, in your opinion, is the highest among the Sufis?”

He replied, “A lady in Mecca, called Fatimah Nishapuri, whose discourse displayed a profound apprehension of the inner meanings of the Qur’an.” Further pressed to comment on Fatimah, he added, “She is of the saints of God, and my teacher.” She once counseled him, “In all your actions, watch that you act with sincerity and in opposition to your lower self (nafs).”

She also said: “Whoever doesn’t have God in his consciousness is erring and in delusion, whatever language he speaks, whatever company he keeps. Yet whoever holds God’s company never speaks except with sincerity and assiduously adheres to a humble reserve and earnest devotion in his conduct.”

The wife of the ninth-century Sufi Al-Hakim at-Tirmidhi was a mystic in her own right. She used to dream for her husband as well as for herself. Khidr, the mysterious one, would appear to her in her dreams.

Among the women who followed the Way of Love and Truth, there were some who rejoiced and some who continually wept. Sha’wana, a Persian, was one of those who wept. Men and women gathered around her to hear her songs and discourses. She used to say, “The eyes which are prevented from beholding the Beloved, and yet are desirous of looking upon Him, cannot be fit for that vision without weeping.”

Sha’wana was not only “blinded by tears of penitence, but dazzled by the radiant glory of the Beloved.”

During her life she experienced intimate closeness with Friend, or God. This profoundly influenced her devout husband and her son (who became a saint himself). She became one of the best-known teachers of her time.

One of those who rejoiced was Fedha, who was also a married woman. She taught that “joy of heart should be happiness based on what we inwardly sense; therefore we should always strive to rejoice within our heart, till everyone around us also rejoices.”4

Among these was Fatimah or Jahan-Ara, the favorite daughter of Shah Jahan, the Mogul emperor of India (1592-1666). Fatimah wrote an account of her initiation called Risala-i Sahibiyya, which is known as a beautiful and erudite exposition of the flowering of Sufism within her heart.


Aisha of Damascus was one of the well-known mystics of the fifteenth century. She wrote a famous commentary of Khwaja ‘Abdo’llah Ansari’s Stations on the Way (Manazel as-sa’erin) entitled Veiled Hints within the stations of the Saints (Al-esharat al-khafiys fi’l-manazel al-auliya’).


Bib Hayati Kermani belonged to a family immersed in the Sufi tradition. Her brother was a shaikh of the Nimatullahi Order, and she became the wife of the master of the order. After her marriage, she composed a divan (collection of poems) that revealed her integration of both the outer and the inner knowledge of Sufism.

In Pakistan, there is shrine of Bibi Pak Daman where women from Imam Hussain's family are buried. Women throng the shrine, believing it has healing effects.
"Aaiye haath uthaayein hum bhi
Hum jinhen rasm-e-dua yaad nahin
(Come, let us raise our hands as well
We, the ones who do not remember the ritual of prayer)

Hum jinhen soz-e-mohabbat ke siwa
Koyee but koyee khudaa yaad nahin
(We, the ones who do not remember anything other than the
warmth of love, do not know of any idol, nor any God.)

Aaiye arz guzaarein keh nigaar-e-hasti
Zehr-e-imroz mein sheereeni-e-fardaa bhar de!
(Come, let us beseech that the Creator of existence may
fill sweetness in the morrow from the poison of today)"

Rumi’s family itself had a long tradition of recognizing the spiritual beauty and wisdom of women. It was his grandmother, the princess of Khorasan, who first lit the spark of inquiry in Rumi’s father, Bahaeddin Weled. Under her care, he grew to be the “sultan of the learned” and a great spiritual light in his time. Rumi’s mother, Mu’mine Hatun, a devout and saintly lady, was very dear to him. She died shortly after Rumi’s own marriage to Gevher Hatun, the daughter of one of Bahaeddin’s closest disciples. Gevher Hatun had grown up beside Rumi, listening to his father’s discourses. This beautiful woman, who was known to have the heart of an angel, was the mother of Sultan Weled, to whom Rumi’s own teacher, Shams-i-tabriz, conveyed many mysteries. In his Conversations (Maqalat), Shams himself stressed the equal capacity of women to be intimate with the Ineffable and to “die before death.”

Women have always been more receptive to the Sufi message than men because of their inherent occult nature and imagination. Its not odd for a woman to be a Sufi;its natural.

In love, nothing exists between breast and Breast.
Speech is born out of longing,
True description from the real taste.
The one who tastes, knows;
The one who explains, lies.
How can you describe the true form of Something
In whose presence you are blotted out?
And in whose being you still exist?
And who lives as a sign for your journey?
Posted by Sofia at 8:26 AM