I was heartbroken to come across this question a top query in Google trends----Has the demonisation of sufism by wahhabi/salafi petrodollar-funded preachers reached such dangerous levels that Muslims are asking Google if Islamic mysticism indeed originated from Islam and believing that Sufism is NOT Islam!!!

Nothing could be more tragic!

To look at Islam without acknowledging the Sufis is to be ignorant of a crucial clash of civilizations in today’s world: not the conflict between Islam and the West, but an epochal struggle within Islam itself.It all the more ironic because Sufis were the evangelists of the message that has made Islam the world’s second-largest religion, with perhaps 1.2 billion adherents.Sufi Tradition was the way entire populations expressed their Muslim identity as Sufism was their initial introduction to Islam.

Over the centuries, the territories where Sufi orders seeded Islam have evolved from the faith’s frontiers to its demographic heartlands. These regions now encompass Islam’s largest and fastest-growing populations. Of the eight nations with the world’s largest Muslim communities, only one (Egypt) is Arab. A fifth of the world’s Muslims today identify with Sufism, and for many millions more, Sufism is simply part of the air they breathe. 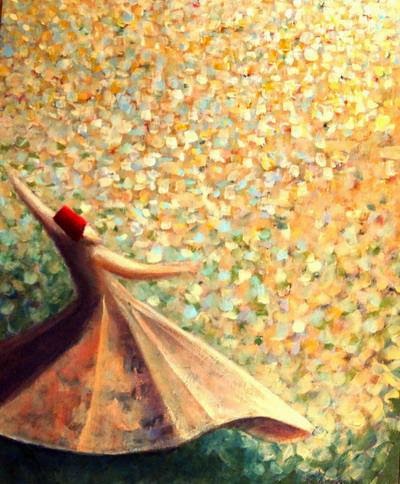 BUT For the Islamists — for hard-line fundamentalists like the Saudi Wahhabis and the Taliban — the Sufis are deadly enemies, who draw on practices alien to the Quran.

As Wahabism spreads around the world-- Sufism has become its targets--even in such strongholds as Indonesia, Pakistan, and Nigeria.

Often this comes in the form of ideological struggle but open violence has broken out as well. Sudan’s Islamist government attacks the black Sufi population of Darfur; in Iraq, suicide bombers target Sufi shrines in Pakistan.

Sufis have literally everything to lose from the continued advance of the Islamist extremists.  They want to deprive us of the faith of our fathers, our sheikhs and ustadhs.
They want to cut us off from 1400 years of sufi culture and they have to audacity to bomb the shrines of the saints who spread Islam in this region. They want to rob us of our customs and traditions and arabise us.
Hostility between Sufis and Wahhabis dates back to the very founding of Wahhabism itself in the 18th century when it emerged as the most famous and militant anti-Sufi movement in the Arabian peninsula. Wahhabi's considered Sufism a degenerate form of Islam and urged a return to the 'fundamentals' of Islam, as opposed to the 'traditions' that had accrued over the centuries.
In many countries, Saudi embassies also act as centers to promote or outsource Wahhabism, funding local Wahhabi institutions, publications, and propagandists. (Read Wikileaks for more information)

Where Islamists rise to power, Sufis are persecuted or driven underground; but where Sufis remain in the ascendant, it is the radical Islamist groups who must fight to survive. There are reasons for this enmity.

From their beginnings, too, Sufi tradition has been religiously inclusive and assimilates local traditions from music to dance, which of course makes them more attractive to local population. 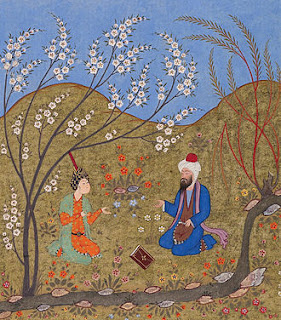 Wherever the orders flourish, popular Islamic religion focuses on the tombs of saints and sheikhs, who believers venerate with song and ritual dance. People organize processions, they seek healing miracles, and women are welcome among the crowds.

The Islamic Mysticism has little of the uncompromising intolerance that characterizes the fundamentalists. They have no fear of music, poetry, and other artistic forms — these are central to their sense of the faith’s beauty — and the brotherhoods cherish intellectual exploration. Progressive Sufi thinkers are quite open to modern knowledge and science. 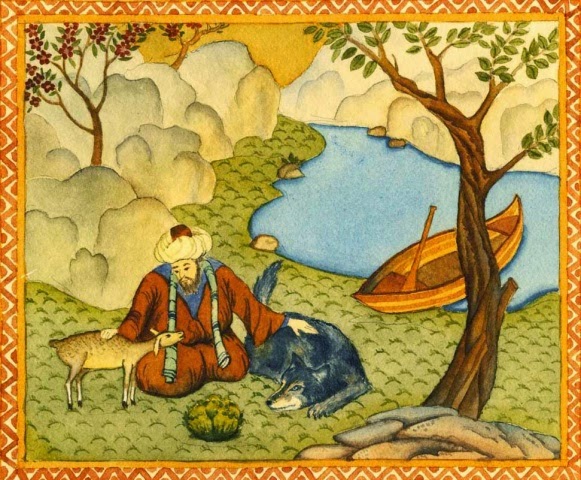 This Sufi open-mindedness contrasts with the much harsher views of the fundamentalists, who we know by various names. Sufis also appreciate the fact of religious pluralism as the will of God, which is why they had such a powerful appeal even for many non-Muslims. This is also why it was the Sufis who were the principal

Wahhabism is hostile to the esoteric elements of Islam, preferring to focus on orthopraxy.
Wahabbis believe in a more temporal form of Islam, which no doubt has been to a degree politically influenced by Saudi political affairs.The Wahhabis prohibit other Muslims from praying the way they want to in Mecca and Medina. In these two cities, they have destroyed numerous monuments associated with the Prophet, his family, and his companions, as if they are the owners of these places. They want to destroy the whole 1400-year-old Muslim tradition itself.

The whole trajectory of Wahhabism is rooted in hatred and violence.
The alliance between the mullahs of the Wahhabi Al-e Shaikh and the rulers of Saudi Arabia, the Al-e Saud, is like the oppressive nexus between the Christian Church and the monarchy in medieval Europe. It is proving to be a curse for Muslims. Wahabi’s say that only they are Allah's chosen ones that only they are walking along the true path. And everyone else is their enemy. The worst thing about Talibanisation is the fact that it seeks to divide us according to our faith.

And this happens in every place that Islamism wins over. They divide us according to faith, which subsequently leads to civil war.There are good Muslims and then there are bad Muslims and descendants of Jews(Shiites) Or secret Christians( sufi’s) and then there is Syria and Iraq! ISIS is the bastard child of Wahhabi ideology; founded and patronized by wahhabi masters.

So, this is why the Wahhabi version of Islam appears so publicly visible today. Yet, it is crucial to note that the silent majority of Muslims are not Wahhabi at all. Most Muslims are still associated with Sufi traditions in some way or the other, which I regard as authentic Islam

Unlike the Wahhabis, Sufis are not well-organised: Which is a tragedy because Sufis, better than anyone, can tell disaffected young Muslims joining ISIS that the quest for peace is not a surrender to Western oppression, still less a betrayal of Islam, but rather a return to the faith’s deepest roots. We can provide the alternative narrative to ISIS death cults and suicide belts.
Yet Sufism is branded hearsay and delegitimised!
The philosophy and rituals which can heal sectarian fault lines within Islam are now considered kabbalist propaganda and a Jewish conspiracy to corrupt Islam.
In contrast to the Wahhabism, We are not combative.
We don't go out and preach and demand that other Muslims accept our way of understanding Islam, which is what the Wahhabis do.
We are moderate and believe in moderation, not in aggressively converting others to their way of thinking.
We don't brand other Muslims as apostates and condemn them as wrong.
We just let you be the way you are.
This is because they believe that it is for God to guide people if He wills. 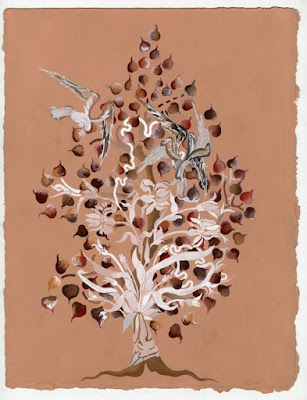 At the Core of Sufism lies an embrace of modernity rather than a rejection of it; a connection to something more than Tribe and even religion.
It is the connection to humanity and a chance to belong to something far greater than yourself.