So the good Muslims of ISIS have martyred 300 ( and still counting ) Sufi Muslims in Sinai in their attempt to reach heaven riding on the blood of innocents.

Many would read the global war on terror as a Samuel Huntingtonian self-fulfilling prophecy; THere is a civil war but it's not between civilizations rather it's a civil war in Islam. There are clearly many fault lines within Islam, some of which are deepening dramatically. One, there are attacks on Muslim intellectuals, attempts to suppress dissent. Two, there is polarisation between the Shias and Sunnis, primarily due to the Salafisation of Islam that has been continuing since the early 20th century.

In the last few years, I have visited several Sufi sites that fall roughly in the territories of the former Ottoman and Mughal empires. All over this vast terrain, there are signs of Sufis under siege. In Afghanistan, Pakistan, Egypt, Algeria, Morocco and Tunisia, Sufi sites have been targeted in various ways. 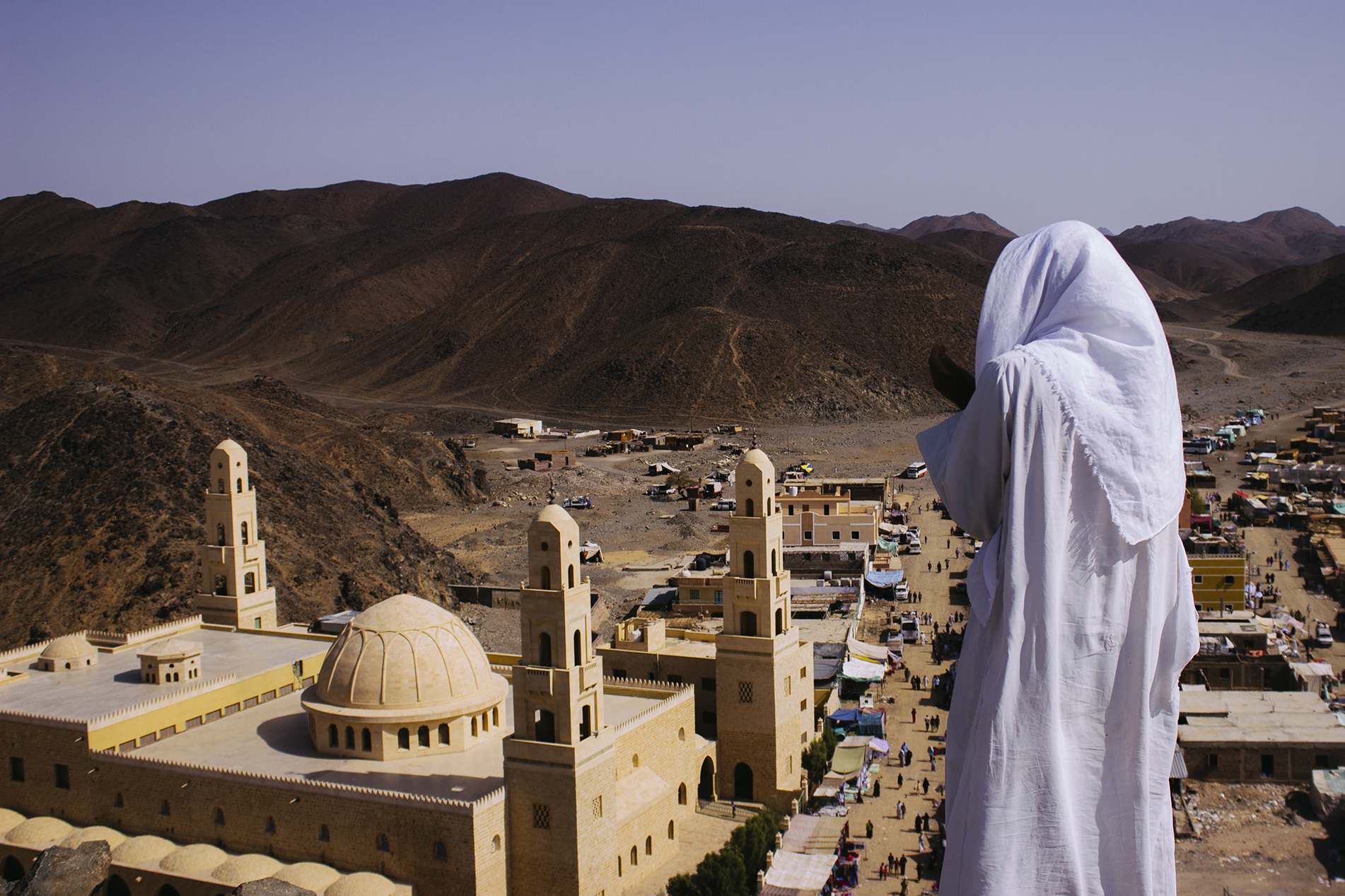 Sufism was the way whole populations expressed their Muslim identity — -in music and dance and poetry from Egypt till Turkey.

The big question, of course, is why the antipathy between Sufis and Salafis is becoming a civil war in Islam.

Although most modern Muslims do not identify themselves as Salafis, their thinking has been greatly influenced by Salafism, especially the younger generation in diaspora. Much effort is expended in public displays of religiosity such as beards, prayer beads, prayer calluses and women's clothing, while the spiritual aspect of religion and the proper ego annihilation a Muslim should adhere to take a back seat.


What is the difference between Sufi and Salafi?

Primarily it's about who these two groups approach Islamic tradition and scripture ---Sufi's emphasize the Batin over the external shell of Sharia. They believe God must be at the forefront of one's thoughts at all times. The dhikr rituals, which include dancing and religious songs, are aimed at nothing more than the remembrance of God. 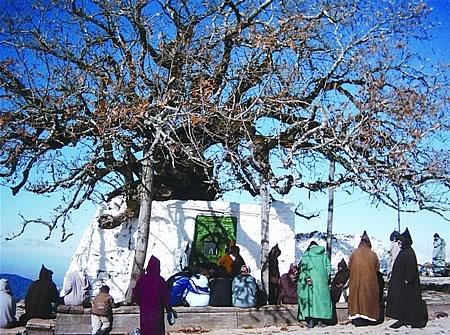 Salafism, on the other hand, puts enormous emphasis on external appearance rather than the inner spirit. They grow their beards just as the first Muslims did and trim their trousers so that the hems hang well above the ankles (or just wear a short jilbab) and their women usually wear the niqab. Wahabis has reduced Islam to a series of externalities completely ignoring its spiritual and esoteric teachings.

‘God does not want meditations and austerities
Through love alone canst though reach the Abode of Bliss.
Thou mayst be lost like salt in water
Still it is difficult for thee to know God.

Bida'a
They believe that anything that deviates from their strictly literal interpretations of Islam is bida'a (innovation) and thus a gateway to hell---rather than the spirit of Islam; they become obsessed with the appearance of Muslims in sixth-century Arabia, ignoring the heart of the faith. Saudi funded Clerics have declared Sufi poetry, dance and veneration of saints to be Bidah. They rail against Sufi poetry and esoteric philosophy of Unity of beings. Sufi Masters such as Hallaj and Suherwardi were martyred because Takifiri Theologians lacked the required knowledge of philosophy and light of heart to understand their teachings so they passed fatwa's on what they could not understand much like today when they blow Sufi shrines up.

To learn the scriptures is easy,

to live them, hard.
The search for the Real
is no simple matter.
Deep in my looking,
the last words vanished.
Joyous and silent,
the waking that met me there.


ISIS was a later entrant. The fanatics blow up ancient relics, Sufi heritage, Sufi shrines and the Sufi way of life everywhere they can. They want to micromanage social, cultural and individual life. They condemn gatherings and ceremonies at Sufi saints’ graves, shaving beards, wearing charms, music, and painting as heresy.

Salafism is divorced of divinity, they relegate Allah to a mosque while a Sufi imagines Allah to be everywhere---a Sufi reality is infused with the divine essence. We dance and we whirl because we are imitating the atoms and the birds which He created. We celebrate life in all its beauty in all its glory.

A Sufi faith can never be weaponized to kill or self-destruct because Sufism teaches that life is precious and life is a celebration of His path. It teaches you to listen to your breath and listen to the pulse of the universe.

For ever we came
For ever we come, for ever we go;
For ever, day and night, we are on the move.
Whence we come, thither we go,
For ever in the round of birth and death,

From nothingness to nothingness.
But sure, a mystery here abides,
A Something is there for us to know.
(It cannot all be meaningless).

It tells you that you are apart of the fish in the ocean and the bird flying above you ---it teaches you that you are part of everything. They hate Sufi shrines because these shrines are a mosaic of dance, music, food, and women; they celebrate life.

I saw and found I am in everything
I saw God effulgent in everything.
After hearing and pausing see Siva
The House is His alone; Who am I, Lalla. “

And this is what ISIS and its ideological parent Wahabism hates; the universality and embrace that lies at the heart of Sufism.

The adherents of the black cult cannot tolerate the marriage of the sacred with the divine because they preach a colorless desert ideology without poetry or colors to elicit only obedience, not devotion. They kill all signs of life in their adherents till those children become suicidal drones, destroying concert halls filled with women and children.

Awliyas are Signs of Allah: They are the best transmitter and communicator of God's message, to pay them to visit and sending them salaams is a form of Ibadat and help remembering God.

In Memory of Those Who Melt the Soul Forever 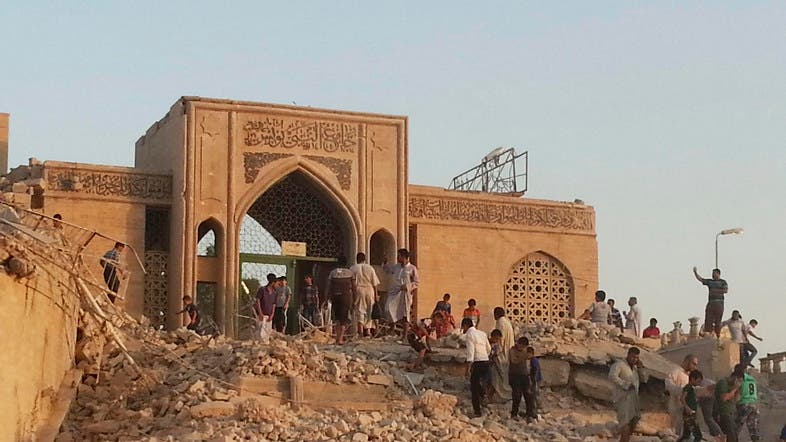 Their spring meadows
are desolate now. Still, desire
for them lives always
in our heart, never dying.

I called out, following after

A fakir Dancing in Sachal Sarmast
love-dazed:
You so full with beauty,
I've nothing!

I rubbed my face in the dust,
laid low by the fever of love.
By the privilege of the right of desire for you
don't shatter the heart

Of a man drowned in his words,
burned alive
in sorrow.
Nothing can save him now.

You want a fire?
Take it easy. This passion
is incandescent. Touch it.

It will light your own.

Sufi traditions have been religiously inclusive: Wherever the orders flourish, popular Islamic religion focuses on the tombs of saints and sheiks, who believers venerate with song and ritual dance.  But the human yearning for the Divine, for beauty, for love and for loveliness is too deeply ingrained in the human spirit to be partitioned off or exiled.

Today, many Muslims world-wide are increasingly dissatisfied with what they see as dry as stale bread interpretations and practices of Islam, and want -- and demand -- something more spiritual and more beautiful.They know about the deep spiritual experience of the Prophet Muhammad, who came face to face with God, and they too yearn for their own spiritual experiences. And they visit sufi shrines to find that sacred heart.

Let them jeer or cheer me;
Let anybody say what he likes;
Let good persons worship me with flowers;
What can any one of them gain I being pure?

If the world talks ill of me
My heart shall harbour no ill-will:
If am a true worshipper of God
Can ashes leave a stain on a mirror?

The al-Qaida zealots and Pakistani militants will never win against Sufism: They might destroy their tombs on earth but cannot steal away Sufism from the hearts of people in the East and the West.

in Pakistan, I had visited the mausoleum of the great Sufi Abul Hassan Ali Hajvari, popularly called Daata Sahib (990-1077), now behind barbed wire after its bombing in 2010. Abul Hassan Ali Hajvari is the author of Kashf Al Mahjub or The Revelation of the Veiled, a text in Persian that the philosopher Ghazala Irfan teaches at the Lahore University of Management Sciences. I had also made another pilgrimage to Pakpattan where the mausoleum of Baba Farid, one of the great Chishti Sufis, had been similarly attacked. Baba Farid also visited Jerusalem. Around the site of his meditation an Indian hospice has come into being, beautifully memorialised in Navtej Sarna’s recent book, Indians at Herod’s Gate: A Jerusalem Tale.

ut without romanticising either Sufism — any ‘ism’ is problematic — or the “good Muslim”, we only have to peruse early Sufi medieval texts to see how Sufi philosophies provide major sources of resistance to Salafist and other exclusionary ideologies. They go back to a period when religion and philosophy were not yet divorced. These philosophies also suggest Islam’s civilisational dialogue with Greek and Hindu-Buddhist philosophies

What cannot be destroyed by arson or attacks, however, are the powerful ideas of some of these Sufi masters that contest annihilatory Salafist ideologies. In India, after a series of celebrated Sufis including Moinuddin Chishti, Qutbuddin Bakhtiyar Kaki, Hamiduddin Nagori, Nizamuddin Auliya and Nasiruddin Chiragh Dehlavi, the Chishti lineage was taken southwards to the Deccan by Khwaja Syed Shaik al Islam Syed Mohammed al Husaini, popularly known as Banda Nawaz Gesu Daraz (1321-1422).

His powerful philosophical text, Ma’arif al awarif, is a commentary upon a foundational text of the Suhrawardi Sufi order. It articulates, among other ideas, the ethical idea that one cannot love god and not love all the creatures he has created. Only the first volume of this text has been recently published by the Da’irat’ul-Ma’arif’il-Osmania, Hyderabad, edited by Mohammed Mustafa Shareef. This is similar to the Shadhili teaching that god is everywhere and one can see his face in all creation elaborated in the mystical teachings of Al-Shadhili

With its deep roots in south Asian soil, its gentle message and through the music that carries it, Sufism has become an antidote to Isis-style radicalism, and fundamentalisms of all sorts. One old fakir I talked to in the Sehwan shrine said of the Wahhabi mullahs: “Without love, they distort the true meaning of the teaching of the prophet.”

It's ironic that Prophet Muhammad and Imam Ali seemed to warn against the rise of extremism in Kitab Al Fitan – a compilation of hadiths (Islamic tradition) relating to the end of times, put together by prominent scholar Nuyam bin Hammad in 229 AH.

In it Imam Ali recalled the Prophet saying:

“If you see the black flags, then hold your ground and do not move your hands or your feet. A people will come forth who are weak and have no capability, their hearts are like blocks of iron. They are the people of the State (literally the people of Al Dawla), they do not keep a promise or a treaty.

"They call to the truth but they are not its people. Their names are (nicknames like Abu Mohammed) and their last names (are the names of town and cities, like Al Halabi [and now al-Baghdadi]) and their hair is loose like women’s hair. (Leave them) until they fight among themselves, then Allah will bring the truth from whoever He wills.”

That is the spirit of hope in the face of trials that Islam talks about. As a Muslim, I believe that trials come from God. Wahhabism is one such trial but, in the end, I know we shall triumph over it.

We should dismantle Wahabi agenda religiously by truly understanding the real Islam but also politically by combating their divisive philosophy which would destroy the plurality of Muslim world and plunge it into eternal civil war!

” I saw and found I am in everything
I saw God effulgent in everything.
After hearing and pausing see Siva
The House is His alone; Who am I, Lalla. “